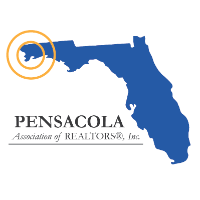 
My son started here for 6th grade. On just the 3rd day of school, he was given an extreme punishment for simply picking up another child's backpack. Since then, he was "targeted" and automatically accused of being the troublemaker (without proof) in any given incidents. Without naming names, the authoritative administrator admitted to me that they harshly punish from the beginning to "set an example". How is a child suppose to thrive in such an environment?! He will definately not be attending 7th grade there.


My son has been at this school for going on his second year and he loves it! We had an issue with bullying in 6th grade and I was VERY impressed with how it was handled!!! Not only the teacher got involved but the guidance counselor also called and asked for a meeting with me! I couldn't ask for a better school! The band teacher is phenomenal too!!! He was so made for the job that he has and the love for it truly shows through his teaching!!


Avalon Middle is an alright school if your child has no problems in school as far as learning. My son had a 6th grade english and a 6th grade science teacher that were not that great. To hard on the children and the work was so hard in science that even I could not understand. I talked to guidance at the beginning of the 2nd quarter and they said that if he is passing science with a D in this particular teachers class he was doing ok because this science teacher was very hard but yet he has failed science now because he completly bottomed out in the 4th quarter now lets see maybe we should have taken care of it in the 2nd quarter. Anyway other than that it was ok. However since I live in Pace I would love to have my kid go to a pace school.


I think that Avalon is a great school! The only bad thing, as others say, is that there isn't an art class or a foreign language, but the high schools have those. An earlier post said that they would like a pool, I think that is a bit crazy. None of the schools in this area have a school, and I've never been to a middle school that has one. Especially with the economy down. Also, there is a gymnasium at Avalon, so I don't know what you are talking about. The portables are because of all the children moving to Santa Rosa from Escambia. I think Avalon is a great school, there was only a problem with 2 teachers, one 6th grade english and the other 6th grade science. The band program is excellent, the band director is phenomonalI have two kids who went there, and they both loved it.


We have been involved with AMS for 3 years and have been extremely pleased. I've not heard of a single teacher that I would want to avoid. Their band program is exceptional! The only negatives are that neither art or a foreign language is not offered, however, foreign languages aren't offered at any middle school in the county.


I think the quality of academic programs is alright, as long as your child isn't in ESE. They like to keep kids in the ESE. I haven't seen a whole lot of extracurricular activities. I have parent involvement when I initiated it.


I feel Avalon Middle is a very safe place for my children to go too,and I hope there will soon be an Avalon High School.

Search the full MLS and Exclusive Property Listings.
(Prices and inventory current as of October 20, 2020)

Have a house to sell?

Find Out How Much Your Home Is Worth (optional)